Does Calvaria Crypto Presale Have More Upside Potential than the Alien Worlds?

Calvaria Crypto has upside potential for a unique game: By creating a free-to-play and play-to-earn version of its game, Calvaria is seeking to become the bridge between “normal” games and crypto games.

There are so many fun games out there that draw on the alien worlds. With the connection of multiplayer online games, there’s limitless potential for games that are designed well and that play well. 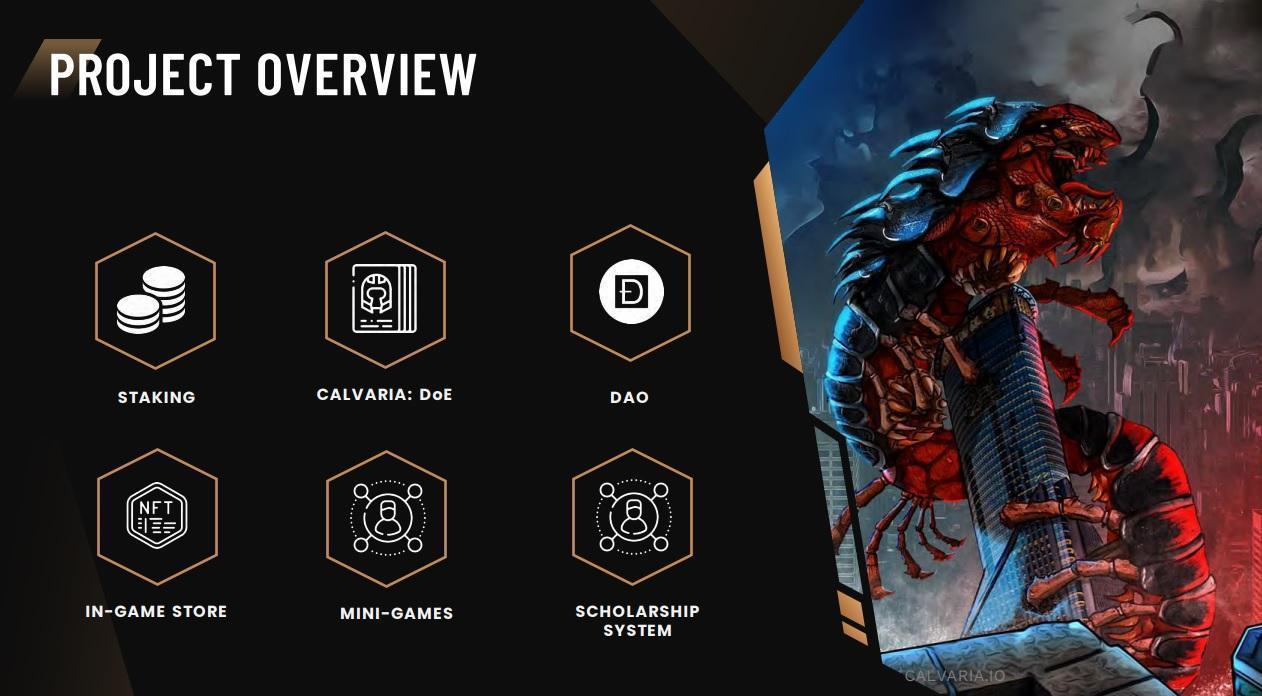 Today, there is seemingly the emergence of two types of games — “normal” games that people play on their computers, through phone apps, or on gaming consoles; and crypto Play-to-Earn (P2E) games that can bring value to people while they also have fun playing.

Calvaria (RIA) is a new type of project that aims to bridge both of those worlds — educating non-crypto players on the benefits of the crypto world and converting them over where they can enjoy fun and get rewarded with immense value.

RIA is currently in its Presale Stage 1, and it has possibly more upside potential than Alien Worlds. Let’s take a look at what Calvaria is and what makes it interesting from an investment standpoint.

Pushing the Mass Adoption of Crypto

One of the biggest aims of the Calvaria project is to speed up the mass adoption of cryptocurrency. Despite crypto becoming much more mainstream today, there are still plenty of people who consider it to be foreign. As such, they don’t even dabble in it, because they are wary of what it is. RIA wants to change all that, by becoming the first effective ambassador between the “real world” and crypto. The way it intends to do that is through a fun and accessible game that will be available to play on both PCs and mobile apps through the Google Play Store and the Apple App Store.

The idea is to get people interested in the main game, and then convert them over to crypto players.

Two Versions of the Same Game

The game that RIA is launching is called “Calvaria: Duels of Eternity.” The first version of the game will be free to play. The idea is that if these players aren’t given a significant incentive to try out crypto, and if it’s not easy for them to do so, they’ll never even try. So, the first step is getting players interested and immersed in the extremely fun Duels of Eternity game.

From there, Calvaria looks to convert players into the second version of the game, the P2E crypto version. One great way that it’s looking to do that is to have a running meter that will show players how much they would’ve earned if they were playing the paid version of the game.

The lifetime tracker will show them the rewards they would’ve earned for completing the gamified education mode, for example. It’ll also detail how much each of the NFT versions of various cards they can earn is worth, to get them interested in trying out crypto for the first time.

The battle card genre of the game is likely to pique the interest of many players since it’s highly popular. There is also a lot of creativity being put into the design of the game itself, with the afterlife being a great subject that can be branched out throughout the gaming industry. You can buy Calvaria here

There are tons of P2E projects on the market, and it can seem a little oversaturated at times. RIA is taking a unique approach to getting people on board their NFT projects. In essence, Calvaria is targeting any person who enjoys playing games on their PC or phone. That’s a wide range of players — much more than the typical P2E game attracts. It’s also extremely accessible because of the two versions, making the barrier for entry extremely low.

Everything players earn in the game they get to keep — whether it’s skins, tokens, potions, NFTs, and more. In addition, there’s zero vesting. All of the tokens you have at launch are owned by the customer, which is extremely rare with this type of project.

Calvaria is in Presale Stage 1

Calvaria: Duels of Eternity is truly special in the fact that it’s both free to play and play to earn wrapped up in one game. Unlike any other P2E games on the market, it is completely free to try Calvaria: Duels of Eternity. This instantly gives RIA a significantly wider appeal than any other competitors on the market. Then, once players realize how fun the game is and how much they could earn through the crypto version, it’ll be easy for them to stick their toes in the water to try it out.

Calvaria is in its Presale Stage 1 currently. It has made 23% progress on selling out all the available tokens already, raising almost $70,000 of a $300,000 initial goal. Right now, 1 USDT will buy you $100.0 RIA, but in Stage 2, the price will increase to $80.00. That’s why now is the best time to purchase RIA. You can do so with either ETH or stablecoins. Tokens will be available for investors to claim right at the launch period, which is completely different from any other projects out there. 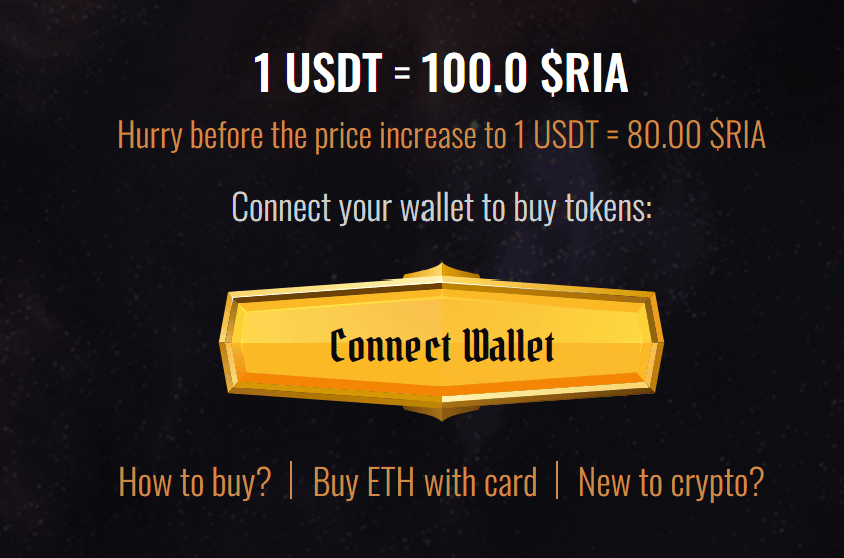 Note: Crowdwisdom360 collates Predictions and data from all over the net and has no in-house view on the likely trends in the Index or Individual Stocks. Please consult a registered investment advisor to guide you on your financial decisions.

Subhash, Founder of Crowdwisdom360 is an MBA and a Trained Financial Advisor with an extensive background in Forecasting in Financial Services and Politics. He has appeared many times on National TV and has written for a variety of magazines on Wealth Management and Election Strategy.
Latest Bitcoin Social Media Sentiment Latest Ethereum Social Media Sentiment