Who will win Delhi ?

Who will win Delhi ? Delhi, the Union Territory that sends 7 MPs to Lok Sabha, occupies a much significant place in national politics. In 2014, Lok Sabha elections, BJP swept entire 7 Lok Sabha seats proving itself to be the most dominant force in the Delhi politics. However, BJP was unable to hold on to its dominance for a long time. Nine months after the Lok Sabha election, Arvind Kejriwal and his Aam Aadmi Party shocked all political pundits and the nation as a whole by winning 67 of 70 Assembly seats. The party which became infamous due to its 49-day government was back in Delhi politics.

Travelling the streets of Delhi, opinion like “Bande ko Ek Mauka Dena Chahiye” could be heard prior to the assembly election of 2015. People of Delhi indirectly gave “Certificate of Trust” to Arvind Kejriwal so that he could fulfill the promises that he made to the people of Delhi and justify his image of “anti-corruption” crusader.

The seven Lok Sabha seats of Delhi has always been an indication of mood of the nation. This Lok Sabha election will decide the fate of many political parties. After 2015 assembly election victory, the Aam Aadmi Party gradually lost its path in Delhi politics.  In the corporation election, the party was completely decimated, and BJP proved its relevance. Four and half years since AAP took over the power in Delhi, it is again entering the political battle where it will be in direct fight with BJP and Congress once again. This election becomes very much important for all the three political parties. For AAP, victory will strengthen its party, for BJP the seven seats of Delhi will add to its dream of forming a full majority government once again in Centre and for Congress it is fight of survival in Delhi politics.

Arvind Kejriwal, the Delhi chief minister, has a history of taking U-turns. His politics of U-turns began much before he entered the political battle field. 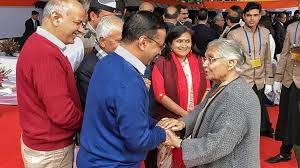 There are many U-turns that Arvind Kejriwal took after coming to power. However, the party that was formed on the lines of anti-corruption gradually lost its main principle. Many of its founding members like Kumar Viswas, Shazia Ilmi, Kapil Mishra, Prashant Bhushan either left the party or were asked to leave. This Lok Sabha election, therefore becomes of much important with respect to the future of Aam Aadmi Party.

Now let us analyse the support of Aam Aadmi Party in the last four and half years in Delhi. 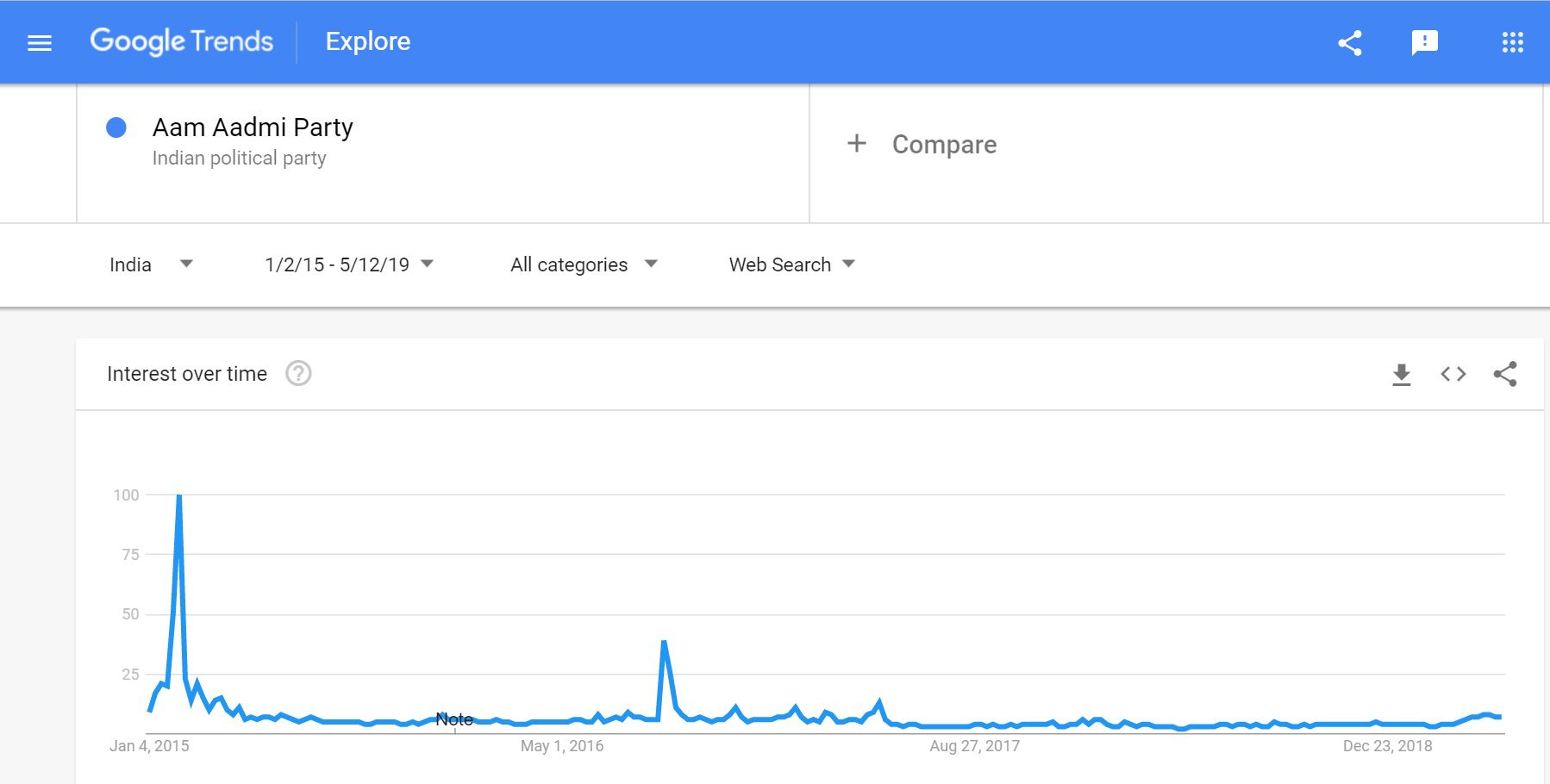 The Google trend data clearly indicates the declining support of Aam Aadmi Party with every passing year. The party which was seen as an alternative to the national party- BJP and Congress- is now fighting for it’s survival.

Even in Crowdwisdom360’s prediction platform, 68% of respondents believe that BJP will win atleast 5 Lok Sabha seats in Delhi.

The Lok Sabha 2019, in Delhi is fought on the lines of traffic congestion, pollution, unemployment, sealing and full-fledged statehood for Delhi. BJP, which had won all seven seats in Delhi in 2014, have retained its five sitting MPs. In contrast, AAP has introduced new faces to counter its rival BJP. Congress, on other hand has put some of its most formidable candidates like former CM Sheila Dikshit, Ajay Makhan and Mahabal Mishra in race for winning the seven Lok Sabha seats of Delhi. The battle for supremacy over Delhi has picked up the momentum, results will lead to creation of of Kings and Queens while it will also lead to end of political careers of many political big guns. However we need to wait for time to tell who will win Delhi ?